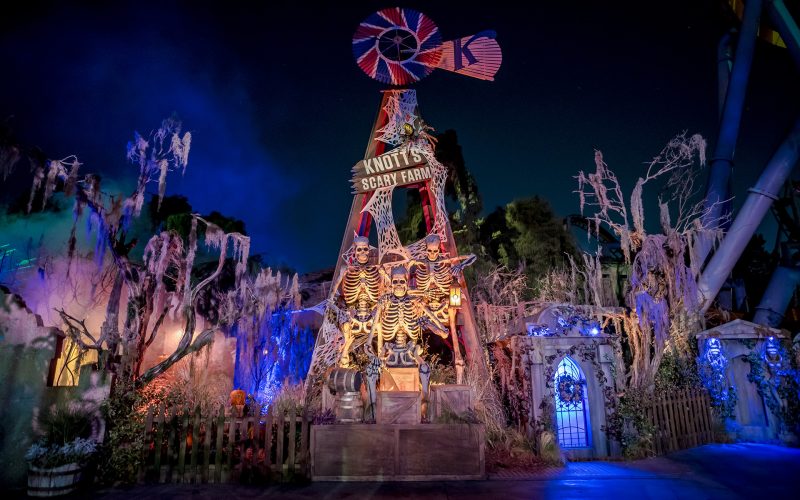 Scariest Haunted House in Los Angeles– are you looking for a spooky haunted house to visit this fall?

We love scary haunted houses and visit lots of them if we can, though I have to say I always shriek the loudest!  It’s the live scare actors that always terrify me!

So, whether you want to visit an ancient farmhouse, a scary asylum, or haunted woods, here is a list of haunted houses in Los Angeles.

Every scary detail has been thought about in the creation of the haunted activity – Delusion….

“Its past instalments have found attendees stealthing their way through a Victorian home and embarking on a Blade Runner-esque bounty hunt.

And now this event—part interactive theater, part narrative-based haunted house—heads back to a 147-year-old mansion in Pomona for a story dubbed “Valley of Hollows,” which tasks you with deprogramming a 1970s cult.

You can upgrade to a VIP ticket for access to the second floor of the mansion, which includes a sound-and-touch area dubbed “Hell’s Hollow,” a projector that plays ’70s horror classics and a bar where you’re literally invited to drink the Kool-Aid.”

You will find Halloween fun for all the family at Knott’s Scary Farm!

“At the OC amusement park, you’ll encounter frightening mazes, free-roaming monsters, and a variety of other attractions that are designed to scare the living daylights out of you.

In addition, you’ll need to be accompanied by an adult to enter the park during its Scary Farm season.”

People come from far and wide to experience the Los Angeles Haunted Hayride…but are you brave enough?!

“Within the foothills of Midnight Falls, the leaves turn brown and the veil between the living and the dead is at its thinnest. The Witch of the Woods has cast her spell to summon the spirits of the underworld to cross over and assimilate into form. The Hayride leads to a thrilling adventure of horrors afflicting the town.

Dazed within the spell cast upon them, the Witch commands her army of crops and flesh to seek revenge on the people that have casted her out. The Spirit of Halloween comes to life surrounding helpless victims brave enough to board The Hayride. The Town Square of Midnight Falls is the epicenter of the festivities.

While guests walk around between attractions or hang out to soak in the atmosFEAR various townsfolk from the Midnight Falls community roam the space interacting with guests and attending to their local business.”

At Spooky Hollows they opt for a new and some say scarier theme each year… “keep an eye on the website to see what’s on this year!

We all started haunting together over 2 decades ago. With a combined haunting history of over 100 years, we are veterans of the SoCal haunt community.”

Are you brave enough to visit the House of Spirits?

Experience the haunting tale of Lady Medb who after being impregnated by a black-horned devil, gave birth to the devil’s child in Vaughan Hall. The fires of Hell instantly ignited and consumed the room in flames, burning all alive.

Thus goes the legend of Vaughan Hall, but what really happened to the Vaughan clan was much more disturbing. Loosely based on the famous haunting of Loftus Hall in Ireland and other Irish folklore and myths, House of Spirits weaves a disquieting and interactive storyline certain to leave guests delightfully chilled.”